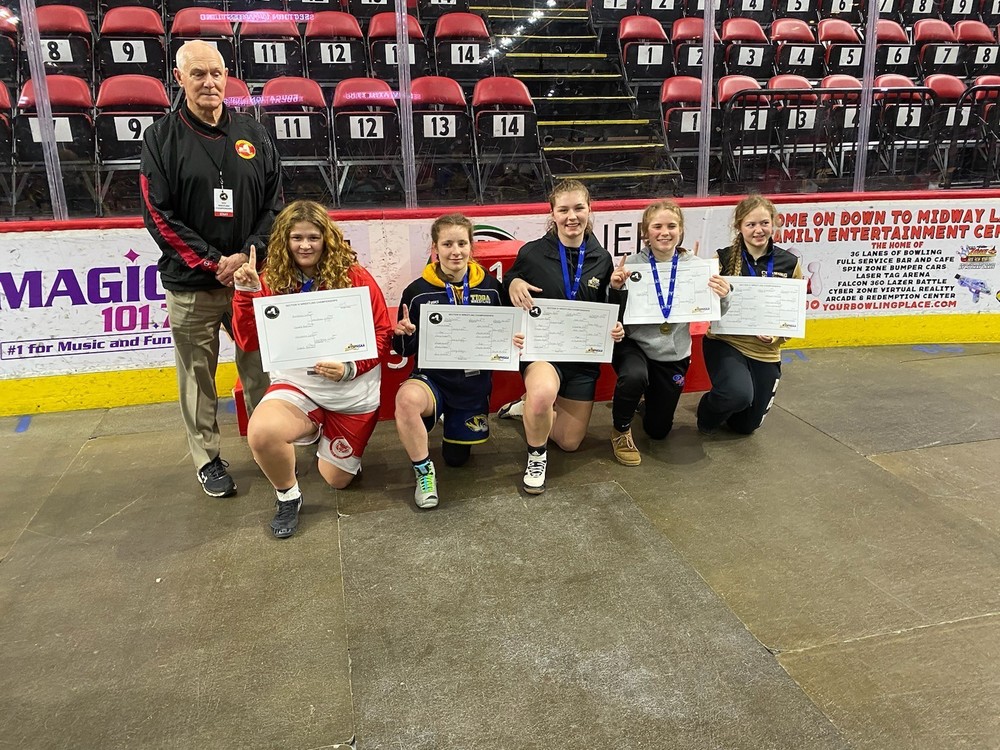 Wrestling is purported to be mankind’s oldest athletic competition. The origins of the sport go back 15,000 years through cave drawings, and Babylonian and Egyptian reliefs show wrestlers using most of the holds known in the present-day sport.

The Greek poet Homer described wrestling matches, and it was the final and decisive event of the pentathlon. And Pindar, another Greek poet, described how the gods Zeus and Cronus wrestled for possession of the universe along the river Alpheus at Olympia.

That historical lineage continued throughout the ages, but there was also one main constant – it was a male-only dominated sport. Even with the advent of Section IX in 1972 wrestling involving females, save for your sideshow mud battles, wasn’t recognized as a high school sport until 1998, when Hawaii became the first state to sanction it. And a year later, Texas followed suit. Today, there are 26 states that offer high school wrestling to girls.

So, with that in mind, call the handful of girls who captured Section IV championships on Saturday, Feb. 12 trailblazers. Those five – RaeAnn Craft (Owego-118 pounds), Emily Sindoni (Tioga-132 pounds), Emily Landolf (Corning-145 pounds), Grayson Ayers (Whitney Point-172 pounds) and Mackenzie LaForest (Waverly-215 pounds) – paved the way for the thousands that will follow them over the coming years.

Still, New York State has not yet sanctioned girls’ wrestling as a sport. Those five aforementioned girls were all part of their respective boys’ teams as each school’s Board of Education never recognized the sport. The future looks bright, however, as positive winds are already blowing throughout the section prior to next season.

For the New York State Public High School Athletic Association (NYSPHSAA) to sanction the sport, it is needed that a minimum of four schools in six or more sections approve of the sport. Presently, four sections – V, VI, XI and NYC – meet that criterion.

Data shows that girls would prefer to wrestle and compete against girls. When given the opportunity to do so, participation numbers grow tremendously in a short period of time. States that recently added an official state-association sanctioned girls’ state championship, such as New Jersey in 2018, have seen growth as high as 370% following sanctioning, and every sanctioned state saw a marked increase in their female wrestling participation numbers.

So, when the time finally comes that New York State sanctions girls’ wrestling, the five Section IV girls who captured individual titles this year should be hailed as groundbreakers, who because of their fortitude and leadership ultimately helped the sport grow as a whole.